What happens when we throw away edible food into the trash

On The Move / Top Diary

What happens when we throw away edible food into the trash

What happens when we throw away edible food into the trash?

"If we discard one chicken egg, it means we don't just throw away a singular egg but also 55 gallons of water. Likewise, wasting 1kg of pork is equal to wasting 6,000 liters of water. This is because all types of food require resources and time to produce. No matter if it is water, minerals, cereals used for raising animals, land, labor, or energy. If we pile together all the land that’s used to produce the food that we waste each year, the area it forms is much larger than the land of China. Furthermore, this arable land is not freely available. First, we have to destroy its occupying forest, which is the habitat of many species of animals and the home of many indigenous tribes. These are the unseen side effects of discarding food that is still edible.

However, there are other consequences besides the waste of resources in the food production process. When food is dumped in a landfill, the natural decomposition process produces greenhouse gases. If we rank the world’s producers of greenhouse gases, food waste is considered the third-largest producer after the United States and China. These gases enter the atmosphere resulting in rising global temperatures, melting ice, rising sea levels, and extreme weather changes. Eventually, these effects will circulate and destroy crops.”

This is a good article and clearly explains in one paragraph the consequences of dumping food into the garbage. I hope we can all make a New Year Resolution for 2020 to stop discarding valuable food, because "eating all" is no less valuable to the world than a ban on single-use plastics.

Read the full article at https://ngthai.com/environment/17253/food-waste-crisis/ 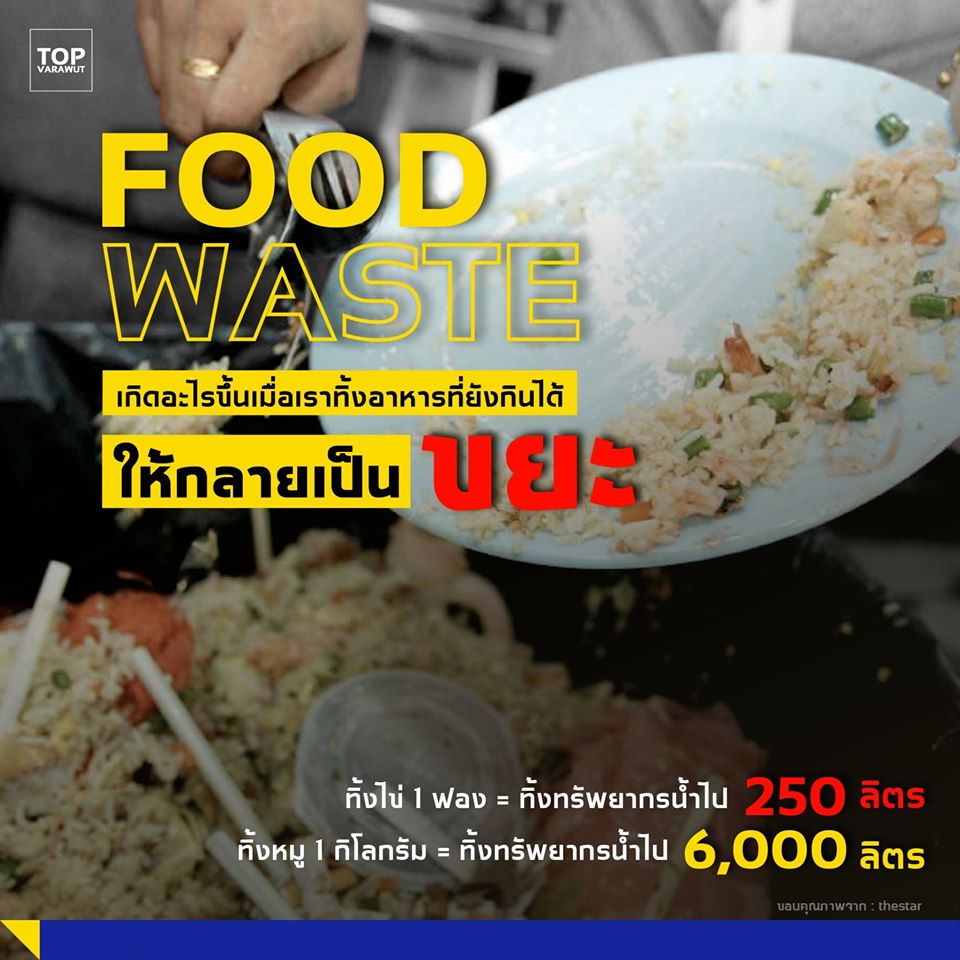